How to Heal the Vanishing Twin Syndrome

Watch the video, listen to the podcast or read the article below:

Does any of this sound familiar to you?

It usually occurs before the 12th week of pregnancy and is often not detected as the first ultrasound is performed in the 12th week. The symptoms are often unspecific like cramps and mild bleeding, which means the expecting mother is not aware of the miscarriage of one twin. It is not exactly clear how common the Vanishing Twin Syndrome is with some experts estimating it to happen in every fifth pregnancy, while others say it is much less common.

The Energetic and Psychological Impacts of the Vanishing Twin Syndrome

They even can play with each other, and they can sense the feelings and emotions of the other twin. They literally feel like they are “one” as they don’t know anything else.

A vanishing twin syndrome occurs when one twin suddenly dies. Reasons can be problems with the placenta, not enough oxygen or nutrient supply for both of them, or simply not enough space within the womb. When one of the twins dies, the other twin experiences the pain, fear, and terror the dying twin is going through. Suddenly the surviving twin is all alone. Where there was a deep connection before, all that remains is emptiness and loneliness.

Prenatal memories have probably the biggest influence on the development of humans as all other developmental steps are built upon them. If these memories are traumatic in nature, the nervous system is attuned to a higher state of arousal, and each subsequent trauma that can happen in childhood will make the original trauma worse.

The results of a Vanishing Twin Syndrome are often unexplained anxieties, depression, and low self-confidence later on in life for the surviving twin.

In an unconscious attempt to heal the trauma, the surviving twin will often re-enact the original trauma. These attempts usually result in a re-traumatization as it is impossible to heal something, which is unconscious.

Typical psychological traits of the surviving twin are a set of emotional and behavioral patterns, which lead to intense emotional suffering. An intense feeling of loneliness is typical, along with a sense of deep guilt and shame.  They are unconsciously searching for the lost twin, and are trying to find the intense emotional and energetic connection they had in the womb, within relationships. They are looking for a “soulmate”, the perfect person to complement them, and to make them feel “whole” again.

They are not interested in an ordinary relationship but are looking for a union that goes far beyond the typical relationship. They want to energetically merge with another person to feel whole again.

Because life often feels dull to surviving twins, they search for meaning early on in life. They are interested in spirituality, and psychology. They often feel alive only when they subject themselves to dangerous situations, as they can unconsciously yearn to follow their twin into the afterlife.  Often, they are prone to taking drugs or they suffer from addictions.

The positive traits of surviving twins are that they are empaths, and are often found in the healing professions, as they are incredibly well skilled at feeling and anticipating the needs of others. 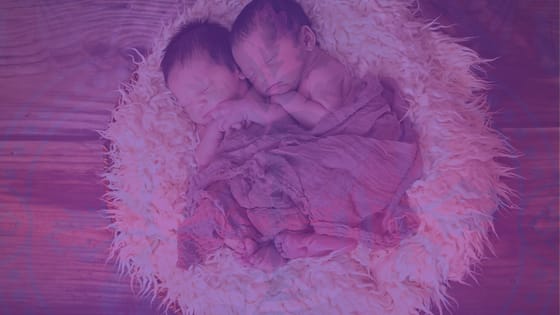 The Physical Impacts of the Vanishing Twin Syndrome

The Vanishing Twin Syndrome also can have physical impacts on the surviving twin. Renowned scientists have postulated that “cerebral palsy is the most common hypothesized pathological sequelae in the viable twin”.

Two possible mechanisms have been identified:  One is an increase in Thromboplastin, an enzyme that is connected to blood coagulation, through shared vessels in the placenta. Thromboplastin is released when one of the twins dies and that results in a “Disseminated  Intravascular Coagulation (DIC) with subsequent damage of the central nervous system

When one twin dies, the remaining tissue is absorbed through the womb, or into the other twin. When this happens, so-called “chimerism“ can occur. The surviving fetus may absorb some of the cells of the deceased twin, and as a result, the surviving fetus has two sets of DNA: its own DNA, and DNA from its twin.

The DNA from the twin can be seen as foreign by the immune system of the surviving twin, and it is possible that autoimmune diseases can be a result of such transference of DNA.

How to Heal the Vanishing Twin Syndrome

As described earlier, the issue with the Vanishing Twin Syndrome is that it is hidden from consciousness, and therefore can take years of psychotherapy to reveal it. However, working with a skilled intuitive healer can uncover this deep wound quickly, and steps can be taken to heal it. In my experience, the intense emotions that are part of the original trauma need to be released, and the surviving twin need to energetically be reconnected to the lost twin. Only then can healing occur and the long search for the other twin is over. This is the prerequisite to feel "whole" again and to be able to move forward in life.

Another alternative is to work with a knowledgeable and trusted hypnotherapist. When in hypnosis, the subconscious mind can be accessed and information, which is usually hidden from the conscious mind, can reveal itself.

Some people have found assurance by asking their subconscious mind to show them the root cause of their suffering in their dreams. They usually do this repeatedly until they receive a dream that resonates with them so deeply that they have certainty about the Vanishing Twin Syndrome. Of course, awareness about this syndrome needs to happen first so that healing can happen.

In my practice, I have worked with many people who are surviving twins. When I intuitively looked at the root cause of their problems and revealed the Vanishing Twin Syndrome to them, they usually felt relieved. Suddenly, they had a deep understanding of why they felt the way they felt. Once we released the underlying emotional patterns and belief systems that resulted from the trauma and connected them back to the energy of the twin, a new world opened up to them.

They felt like they had found their place. The intense feelings of loneliness, shame and guilt were gone. They stopped to please others to avoid being abandoned. They found meaning in their careers, or even changed careers and found deeply fulfilling work. Finally, they could be true to themselves. It always amazes me that when this deep trauma is healed, wholeness on so many levels results almost effortlessly.

A Visualization of How to Heal the Vanishing Twin Syndrome

Need help? Download my Free Guided Visualization to connect to your Lost Twin!

This audio is created with Binaural beats to help you instantly relax. Newsletter sign up included.

Set aside about 15 minutes for this visualization.

Make yourself comfortable, and start by focusing on your body. Take deep breaths into your abdomen. Bring your awareness to the present moment, and simply try to relax. You can also play relaxing music in the background to help you relax. Once you are fully relaxed, set the intention to connect to the energy of your lost twin.

Even though your twin is not in physical form anymore, he/she is always connected to you. Now relax even deeper and bring your awareness to the space around you. Do you sense your lost twins’ energy somewhere? Is it next to you, is it behind you, is it above you, or even in front of you? Give yourself time and don’t force anything. If you do this long enough, you will sense the energy. In the beginning, it can be very subtle.

However, as you practice this visualization, it will become stronger. Once you have felt the energy, try to intuitively “see" which color your twins’ energy carries. Often, it is your favorite color but it could be any color. As you get more and more accustomed to this energy, notice how your heart chakra´s energy changes. How it becomes more open and wide, how it feels more whole and complete.

Set the intention to strengthen this connection and allow it to happen. If you are very intuitive you can also try to connect even deeper with your twin. You can ask her questions, or you can ask her to help you in your life, to guide and protect you.

Many people who I have led through this visualization tell me that they think their lost twin is their guardian angel. Maybe you felt this too?

I encourage you to practice this visualization and to think of your twin often. Allow yourself to be filled with her energy, not only in meditation but also in your daily life.

Create Space for Your Lost Twin

This practice serves as an integration of your energy with the energy of your twin. It reminds you that you are not alone, that you never were alone, and that healing is possible.

Do you need help healing from the Vanishing Twin Syndrome?

Book a Rapid Emotional Clearing session with me so that you can feel whole again.

In a Rapid Emotiona Clearing session, I will use my intuitive skills to see if you have experienced a Vanishing Twin Syndrome. Then I will use a combination of EMDR and energy healing techniques to help you release any so-called negative emotions. The goal of the session is to re-connect you the energy of your lost twin so that you can feel whole again.

This site uses Akismet to reduce spam. Learn how your comment data is processed.

Get Your FREE Chakra Healing Meditation!!

More energy and joy in only 20 minutes per day. With Binaural Beats Technology. 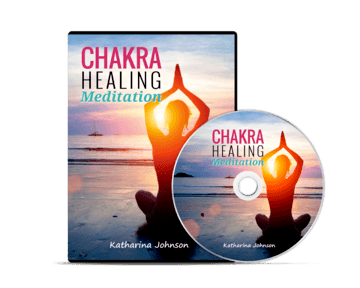 [Video] Free Energy Healing: How to Trust in Uncertain Times