Get Your Free Audio to Activate Your Energy System.

We all know about the healing properties of Vitamin C or E, but have you ever heard about Coenzyme Q10?

This is a coenzyme that is ubiquitous (meaning “everywhere”) in our cells— that’s why it is also called “ Ubiquinone.” It is a fat-soluble nutrient that plays a major role in the energy production in the mitochondria, the powerhouse of our cells. Without enough CoQ10 your cells can’t function and will die.

Clinical studies reveal CoQ10 to be a potent anti-oxidant, which protects the cells from so-called free radical damage, which can lead to cancer and many other diseases. At least 200mg a day is suggested for circulatory disorders and up to 2400mg per day for neurological illnesses, like Parkinson’s disease.

CoQ10 is found in high concentrations in tissues and organs that require a lot of energy. The heart requires huge amounts of energy to function, which is why CoQ10 is such an important compound for proper heart function.

CoQ10 was first identified in 1957 and interest in coenzyme Q10 as a potential treatment for cancer began in 1961, when a deficiency of the enzyme was noted in the blood of cancer patients. Low blood levels of coenzyme Q10 have been found in patients with mycelia, lymphoma, and cancers of the breast, lung, prostate, pancreas, colon, kidney, and head and neck.

After the age of 30, our bodies gradually produce less and less CoQ10— that’s why it is important to supplement your diet with this essential nutrient. It is especially recommended if you suffer from:

Research shows that taking cholesterol-lowering drugs like Lipitor, Crestor and Simvastatin can lower CQ10 levels up to 40%.

These drugs act to inhibit the enzymes that are involved in cholesterol production, which takes place in the liver. However, they also inhibit the production of CoQ10 in the process! So the problem with CoQ10 and statins is that while these drugs decrease cholesterol in the body, they are also depleting the important CoQ10 that your body needs.

Quiet frankly, I suspect that this is one of the reasons of the many side effects of these powerful drugs.

Recently, a new law came out in Canada, that requires pharmaceutical drug makers to put a warning on labels to make patients aware that cholesterol-lowering drugs decrease the amount of CoQ10, and more importantly, requires that these companies add CoQ10 to their drugs.

This is great news for Canada— but what about the US? Big Pharma doesn’t seem to be interested in revealing this to their customers, nor do they actually seem to care about the health of the people.

You might be surprised that these words come from someone (me) who is also a trained physician…. Yes, I was “brainwashed” in medical school as well, but since I became more and more interested in alternatives to powerful (and often dangerous) drugs, I have seen miracles happen just by giving the body back the essential nutrients it needs to heal itself.

I give CoQ10 to my clients who want to have more energy all day long, without getting a jittery feeling; who suffer from high blood pressure, arteriosclerosis, poor circulation or heart problems (like skipped heart beats, or irregular heart beats).

What is important to notice is that not all supplements containing CoQ10 are absorbed equally— that means even though you put it in your system, you are not getting the benefits, and you might wrongly conclude that it is not working for you.

This is the reason why I only work with supplements that are made of “whole foods,” or in the case of CoQ10— made of bovine heart. This may sound odd to you, but if you think about it the heart is the organ that consists of the most CoQ10 and by giving it in this form your body can absorb all of it. And compared to CoQ10 capsules you buy in a healthcare shop, these are super cheap. Please don’t worry about any weird taste— these supplements are tasteless.

I hope this information is useful to you and I am looking forward to your comments or questions.

This site uses Akismet to reduce spam. Learn how your comment data is processed. 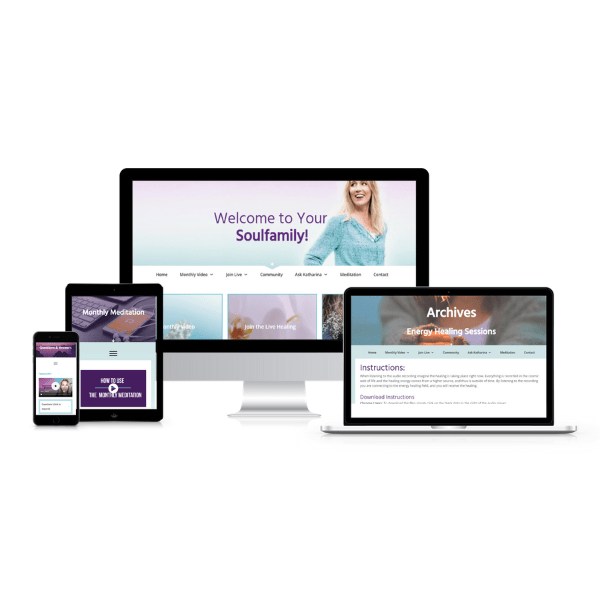 Join our online membership Soulfamily to advance spiritually, discover energy based healing methods and much more...